Use the lists on this page as starting points.

But always update them with list-informed searches of the catalogs and the databases (Patristic and Medieval, Reformation / Early Modern, and Non-Serial).

Start with lists like these, which hone in on commentary available in English (translation):

But always supplement lists like these (as well as all of those listed below) with searches of the catalogs and the databases (Patristic and Medieval, Reformation / Early Modern, and Non-Serial).

More than one period

Here is but one example, taken from the 1969 commentary on Luke in the series Herders theologisches Kommentar zum Neuen Testament, by Schürmann.  Use more comprehensive lists like these to update lists like those above, in the manner demonstrated in class (which is to say, by Finding Commentary in Books and Articles): 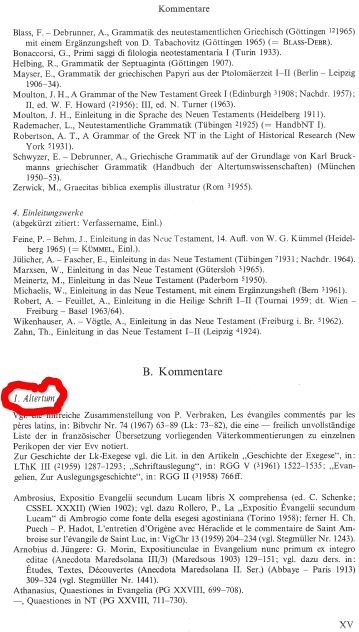 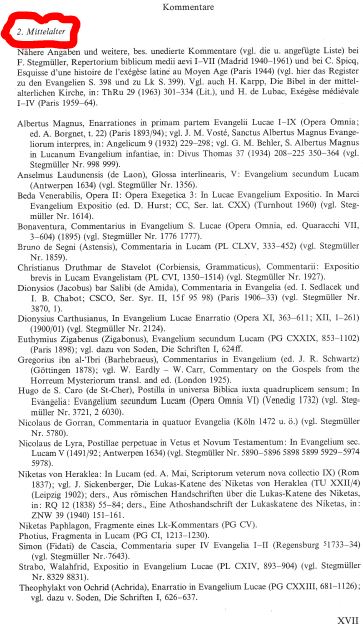 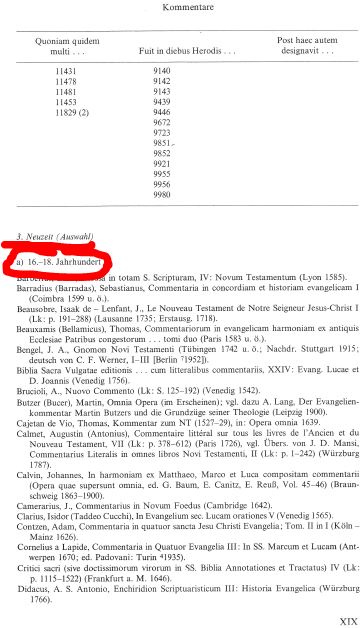 Here are some additional suggestions:

Some Bible or theological dictionaries and encyclopedias list such commentary in bibliographies to entries for the biblical book or unit in question.  See for example, 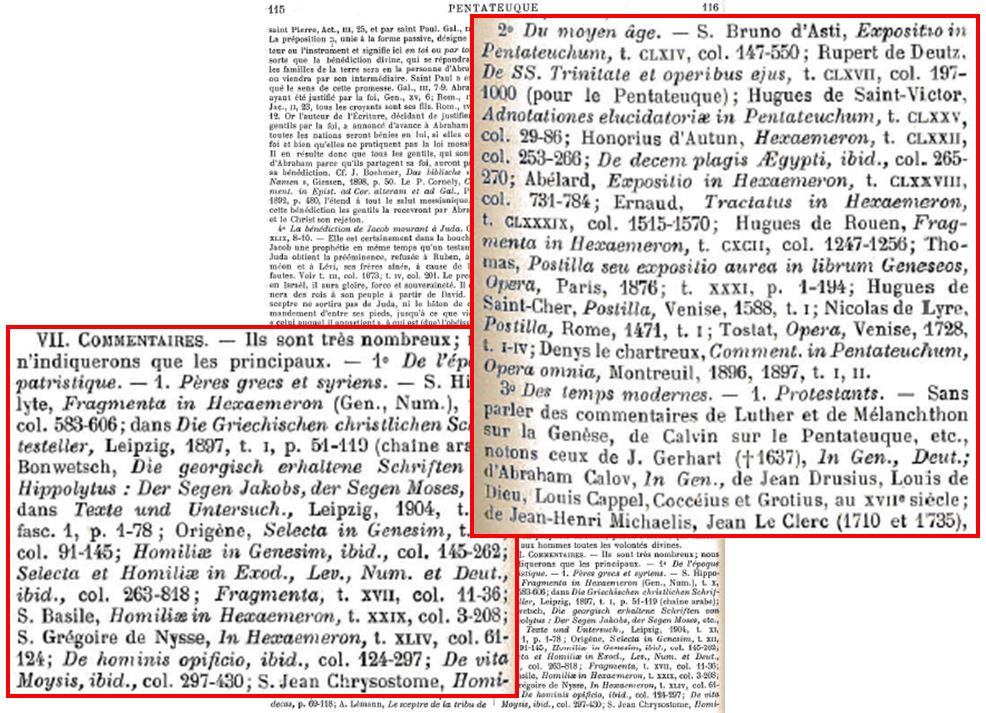 The following contain entries on major interpreters.  The first edition orders them by period first (Early church, Middle ages, 16th & 17th centuries, 18th & 19th centuries, 20th-century Europe, 20th-century North America), then alphabetically.  The second orders them alphabetically, but opens with a series of period-specific essays divvied up as in the first edition (see, e.g., the sub-section "Exegetes and thier commentaries"  on pp. 28 ff. of the essay "Biblical interpretation in the sixteenth and seventeenth centuries.").  Both could be enlisted in a search for biblical commentary on a given book by author (e.g. Melanchthon in the Author field, and Bible and/or Commentaries in the Subject field, limited to English), though neither can of course be counted on to supply anything close to an exhaustive list:

Some (but very far from all) of the entries in this dictionary list a limited amount of pre-modern commentary:

You may wish to check also the entries in the

Look for translations of (excerpts from) major period commentaries on the whole Bible (which contain often the work of many centuries)  like:

Books or articles on the history of the interpretation of individual books or passages or the interpretative work of one or more commentators may offer fairly comprehensive lists.  Three examples would be

Always supplement the following (as, of course, all of the above as well) with searches of the catalogs and the databases (Patristic and Medieval, Reformation / Early Modern, and Non-Serial): 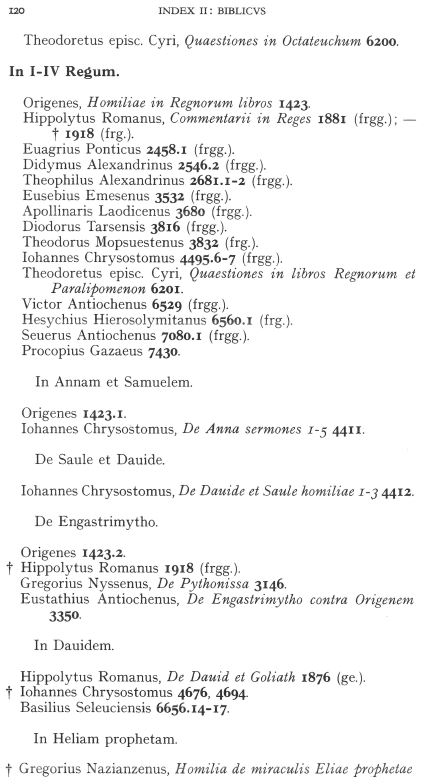 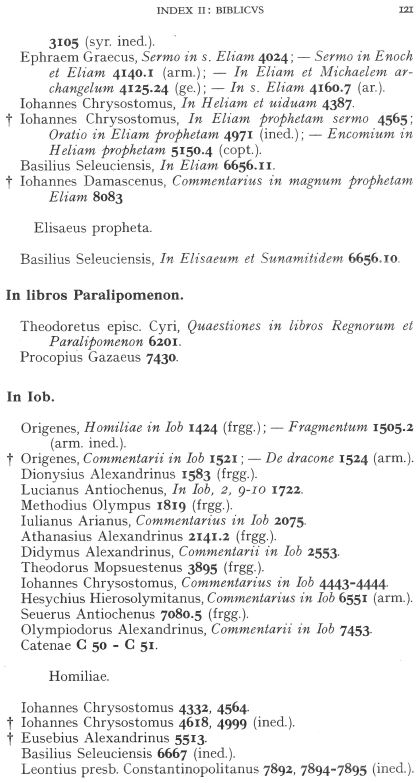 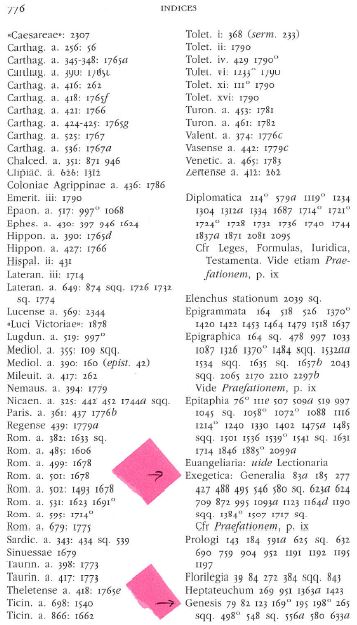 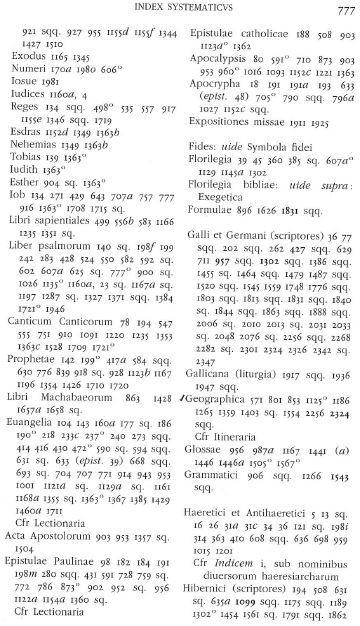 The following is a major passage ("Textus")-index to the sermons of the Church Fathers.  Note that it references the translations ("Versiones") available at time of publication: 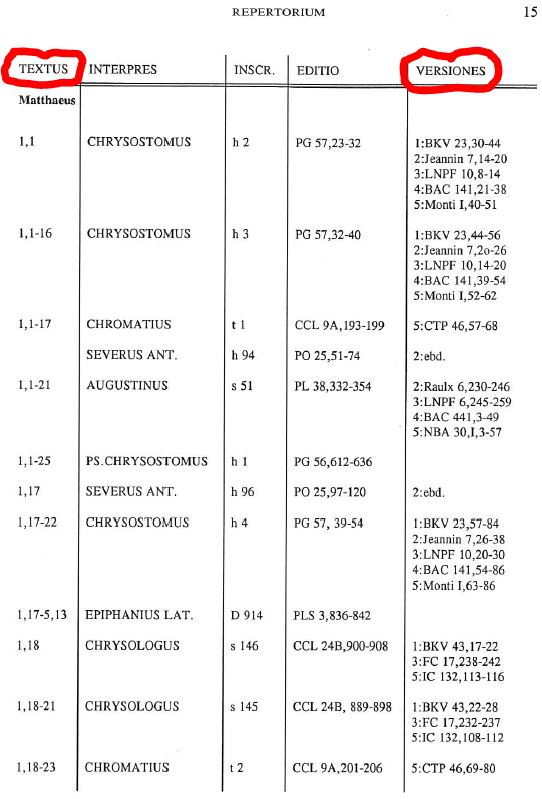 A major new series of scholarly commentaries on the patristic use of the New Testament by book is Novum Testamentum Patristicum (Vandenhoeck & Ruprecht, 2007- ):

On pp. 64-115 of The international Bible commentary (REF BS 511.2 .I57 1998) is an extended essay on "Patristic exegesis of the books of the Bible" (with book-specific bibliographies), by David L. Balás and D. Jeffrey Bingham.

But always supplement the following (as, of course, all of the above as well) with searches of the catalogs and the databases (Patristic and Medieval, Reformation / Early Modern, and Non-Serial):

Inform your searches of the catalogs and databases with the (e.g. Author) results of a search of the much more exhaustive lists that can be produced with the help of the important database 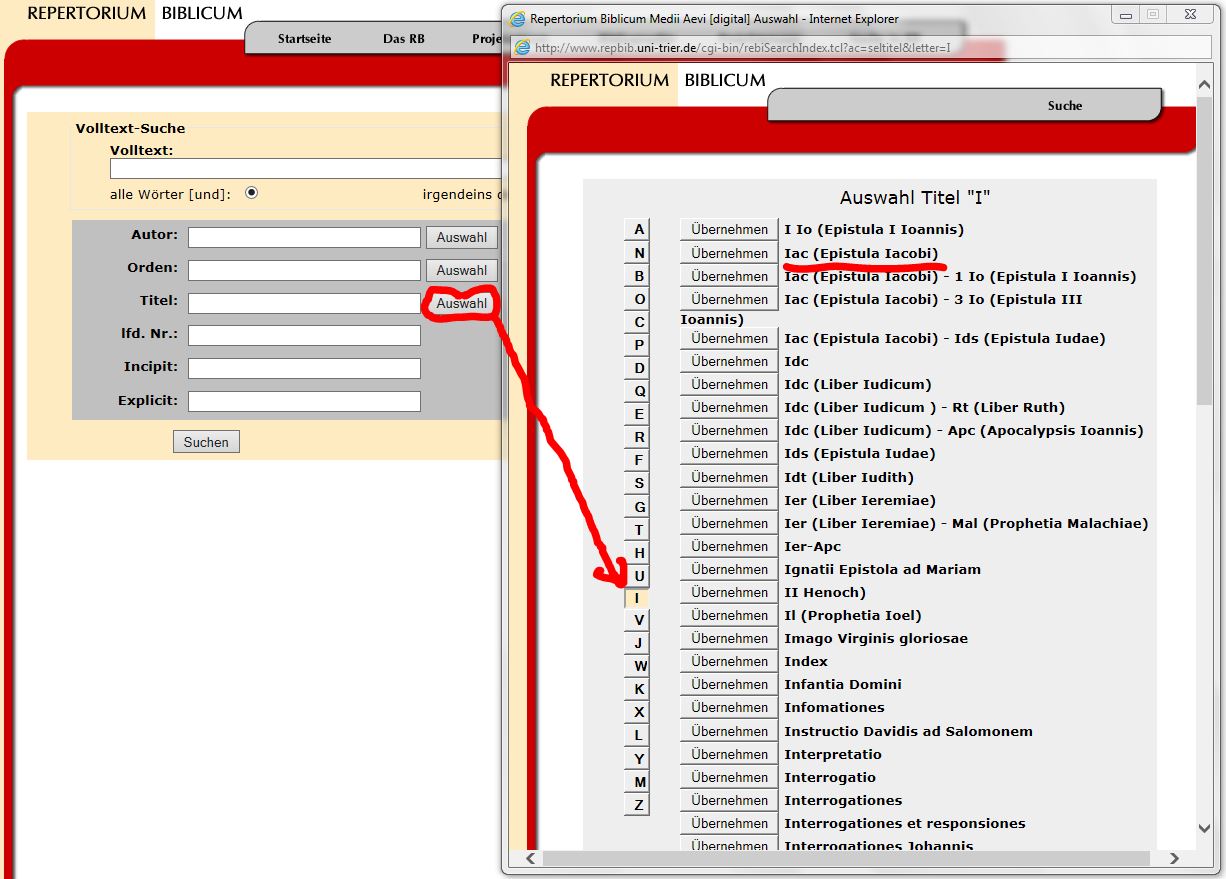 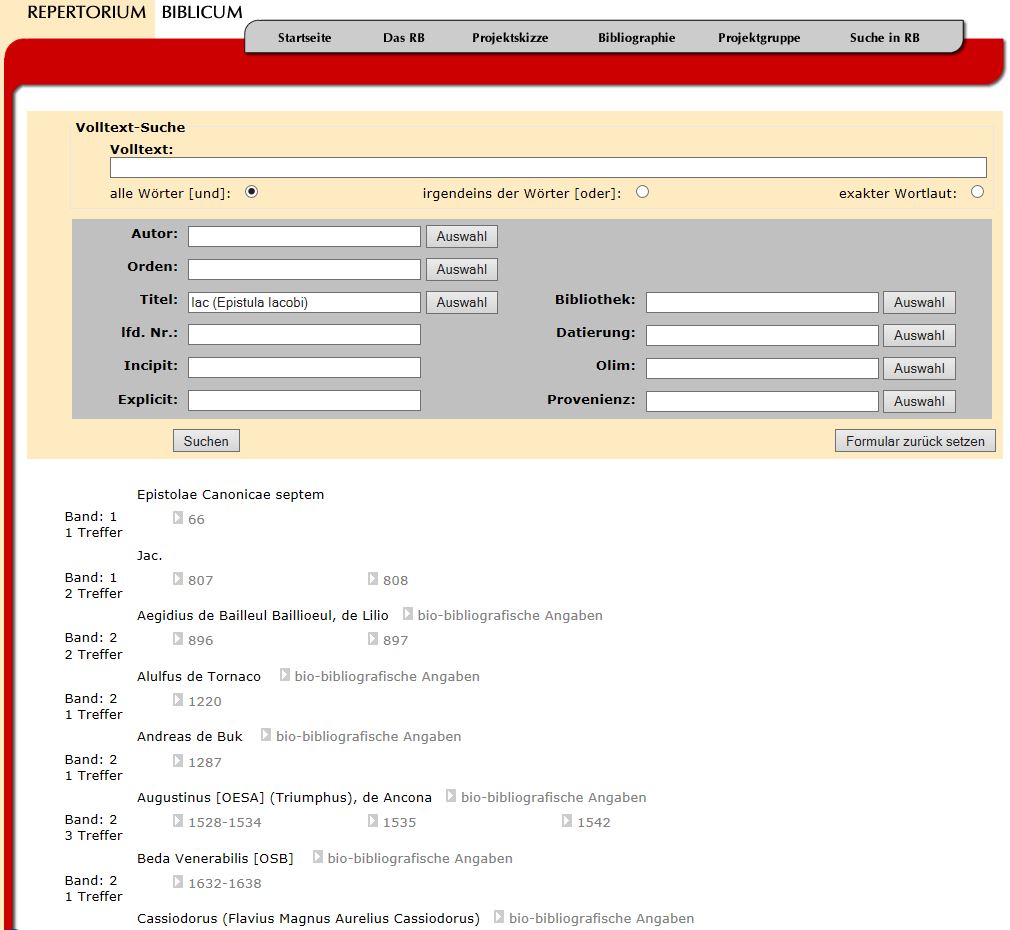 Here are some additional important lists:

See also narrowly focused indices like this following (which really belongs under the tab Find "Commentary" in Literature and the Arts):

The reference works listed under A place to start and More than one period also list selected commentators for the 16th century and following.