The Rev. Edmund John Senkler, born in Docking, Norfolk, on 4 March 1802, and baptized there in February of 1804, was the only child of Charles B. (1743-1829) and Mary (Edwards) Senkler (1765- ).  After studying for a year under a Mr. Skrimshire of South Creake, and for four years under a Mr. Sharpe of Yaxham, he went up to Cambridge.  Having graduated with a second class B.A. from Gonville and Caius College in 1824, probably in mathematics (a senior optime was originally one “placed in the second . . . class in the Mathematical Tripos at Cambridge . . . , or ([at some point] in extended use) in any other subject” (Oxford English Dictionary)), and an M.A. in 1827, and having been appointed stipendiary curate of both Fringe and Shernborne on 31 July 1827, he was ordained by the latitudinarian Bishop of Norwich, Dr. Henry Bathurst (d. 1837), on 7 October 1827 in Norwich Cathedral.  On 4 October 1829 he was made perpetual curate of Barmer, from which he seems to have derived an income until his death in Canada over 40 years later.  At some point he married Eleanor Elizabeth Stevens (1801-1873), daughter of the Rev. William Stevens (M.A., Oxford) of Sedberg, Yorkshire, who gave birth to the first of their nine children, Margaret Sophia, in 1832.

On 1 February 1833 he became the stipendiary curate of Bagthorpe, but in 1843 emigrated with his wife and children from Horningtoft, Norfolk, to Quebec City, Quebec, where he seems to have started out as the rector of a high school.  After a short period in Sorel, the family settled near Toronto, in Brockville, Ontario, in a home dubbed affectionately "Horningtoft".  From Brockville the Rev. Senkler indulged a passion for "astronomical and meteorological" observation, and some of his letters on those subjects, and “mid-nineteenth-century scientific advances and theories,” were bequeathed to the Minnesota Historical Society by a grandson, the St. Paul physician George Easton Senkler (1870-1956).

But other members of the family were prominent as well, just for example the two sons who became judges.  It may have been the younger of those two, Edmund John Senkler, who inherited his father's books, a great many of which are now in the Thomas Fisher Rare Book Library at the University of Toronto, the only other inheriting library that seems to have attended to their provenance.

How the twenty or so owned by SPU made their way into the closet in the Emmanuel Room, where they were “rediscovered” in 2011, is unknown.

This exhibit is an attempt to recreate a portion of the Senkler library, which appears to have focused on classics, natural science, mathematics, and theology.  In order to do this, it draws on the cataloging of the Thomas Fisher Rare Book Library in Toronto, as well as scans of those very same editions made from copy in other libraries around the world, mostly by Google.

For a complete list of all of the titles known or thought to have been owned by the Rev. Senkler (with the exception of the Geneva or “Breeches” Bible, which was given to the Rev. Senkler’s son Judge Edmund John Senker the younger in 1892, long after his father’s death), see below and the tab labelled Known Rev. Senkler Copy not Included in This Exhibit. 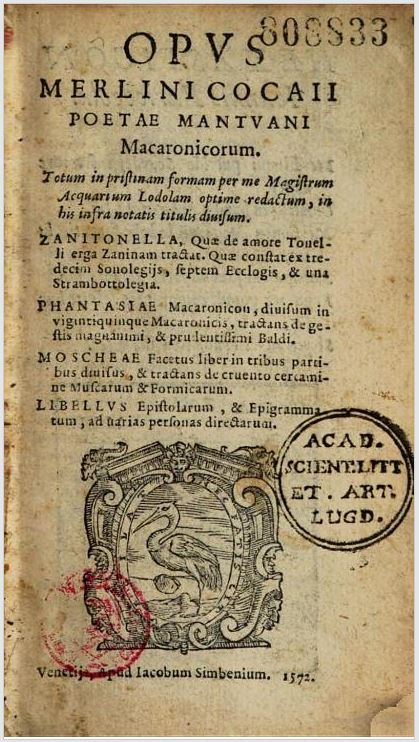 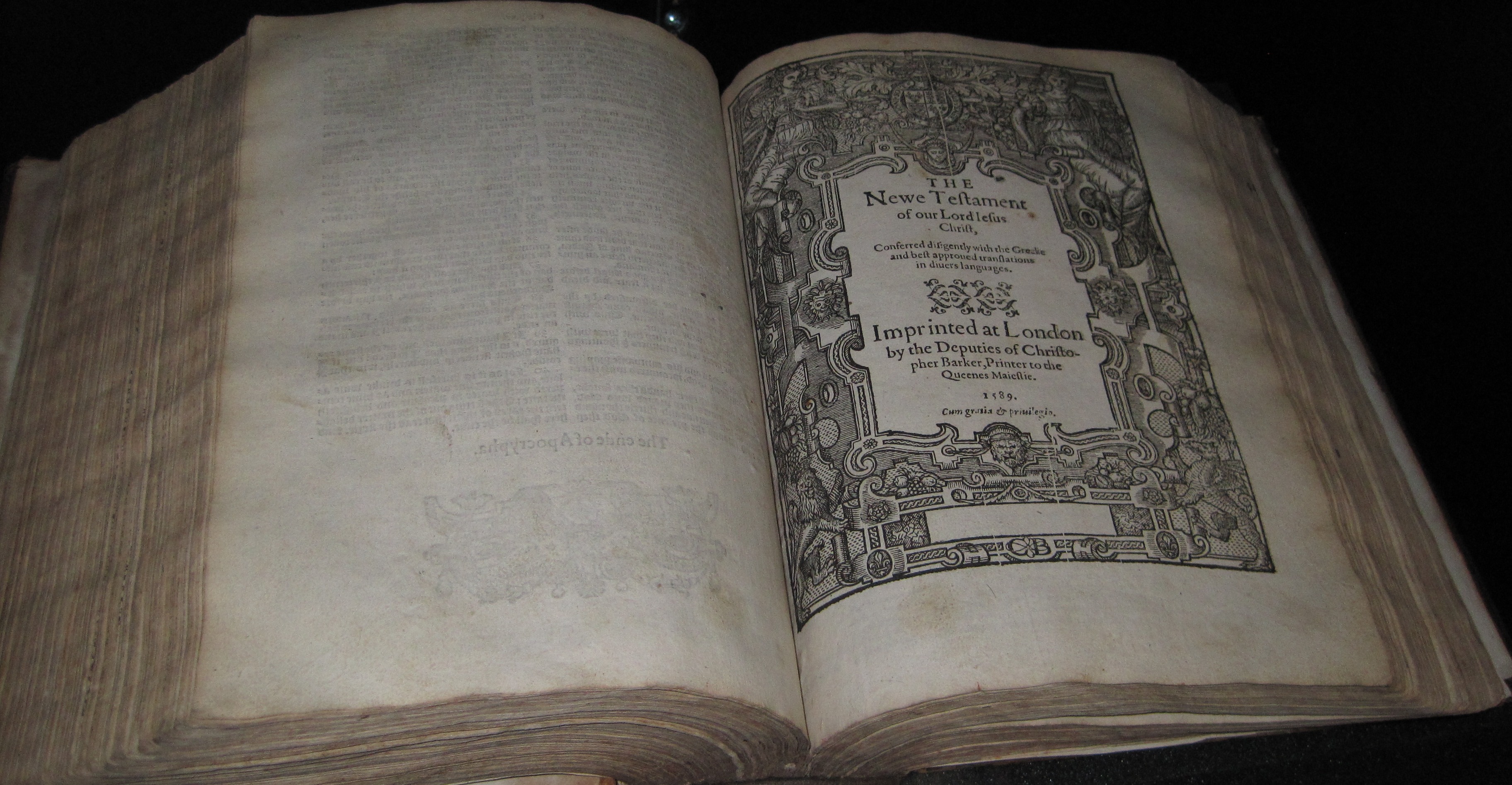 An example of one of the three 1589 printings of the 1560 Geneva Bible, probably no. 199 in Herbert, below (since the "test passage" matches).  This copy has been deprived of its opening title page.

“The Geneva Bible of 1560 and its later editions are often called by the somewhat absurd title of ‘Breeches’ Bibles.”  (And indeed this copy bears that title on the spine of its current binding.)  But “The rendering breeches (for aprons) in Gen. iii.7 had already occurred in Wycliffe’s MS. Bible, as well as in Caxton’s edition of the Golden Legend (1483)” (A. S. Herbert, Historical catalogue of printed editions of the English Bible 1525-1961 (London:  The British and Foreign Bible Society, 1968), no. 107, p. 62).

This copy was “Presented.  | To Judge [Edmund J.] Senkler | County Judge of Lincoln[, Ontario] | By | Rev. Robert Ker | Rector of St. Georges Church | St Catharines[, Ontario] | Christmas 1892” (see, just for example, St. George’s Parish Church, St. Catharine’s.  Jubilee celebration and historic and centenary review, ed. Rev. Robert Ker (St. Catharine’s, ON:  Star Print, [1892])), and, so, seems likely to have come in with the other Senkler titles owned by SPU, just for example the 1676 Book of homilies probably first owned by the Judge’s father, the Rev. Edmund John Senkler.  Noted as present in the files of the University Librarian, this copy of the Geneva Bible was "rediscovered" in the Emmanuel Room closet by Lee Staman in the Spring of 2011 and quickly added to the electronic catalog.

Probable full title:  [The Bible. Translated according to the Ebrew and Greeke, and conferred with the best translations in diuers languages. With most profitable annotations upon all the hard places, and other things of great importance, as may appeare in the epistle to the reader. And also a most profitable concordance for the readie finding out of any thing in the same conteined.] 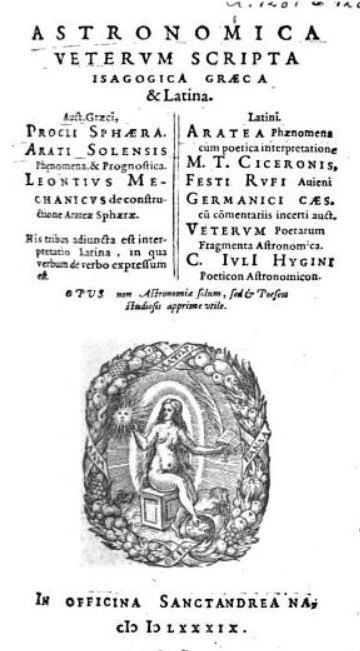 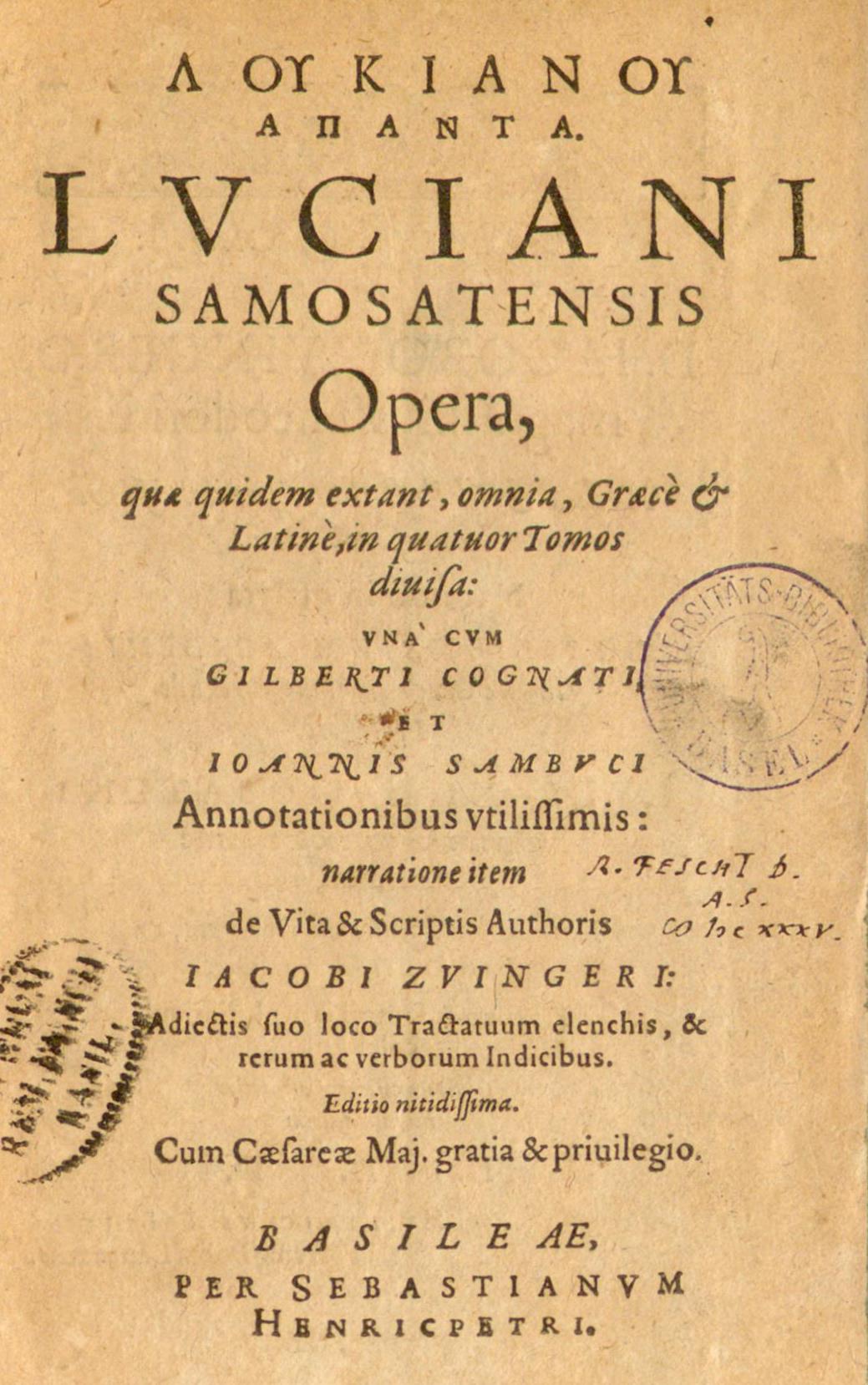 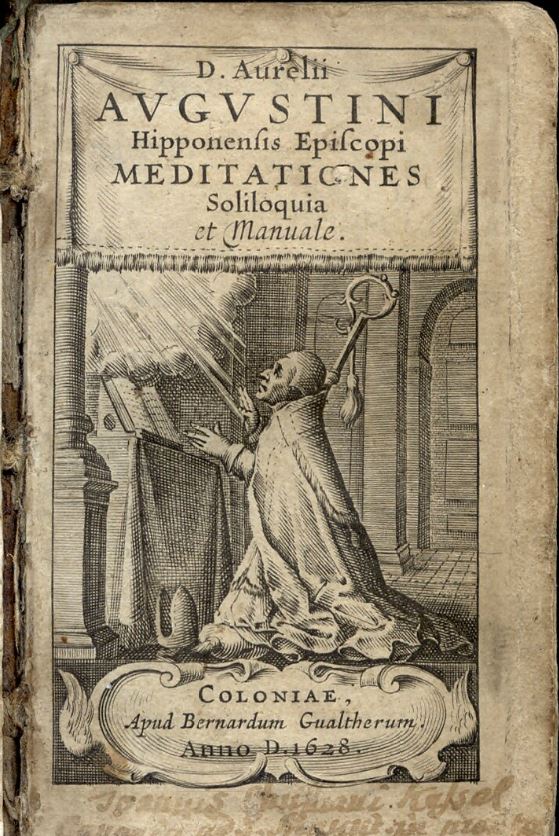 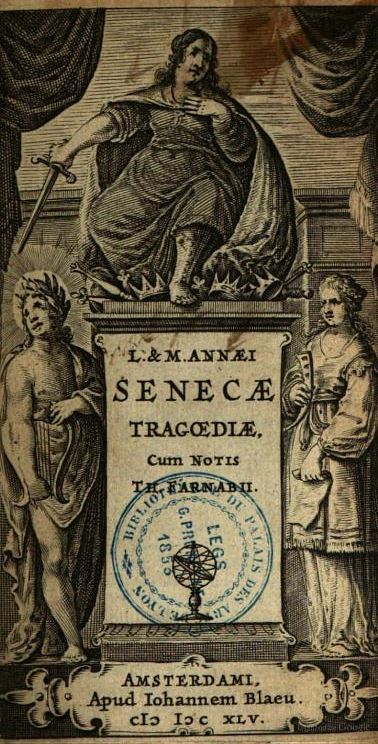 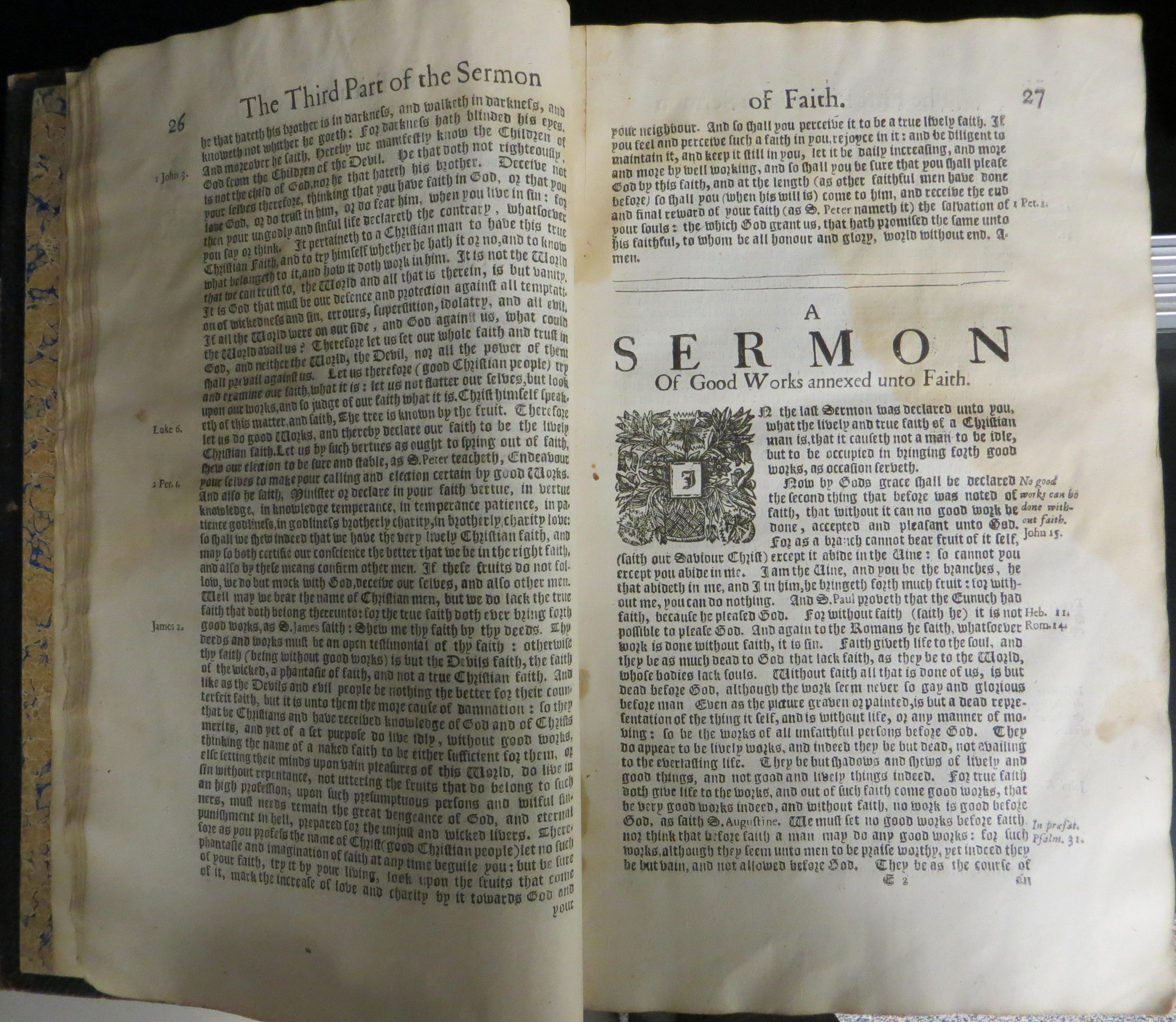 When the thirty-five-year-old Anglican priest John Wesley, six months or so after having felt his heart “strangely warmed”, “began more narrowly to inquire into . . . the doctrine of the Church of England”, he turned to the Edwardian Book of homilies, and, before the year was out, had published a twelve-page condensation of three of them entitled The doctrine of salvation, faith, and good works (1738).  This “went through [twenty] editions in his lifetime and was a staple . . . [of] Methodist instruction” (Outler, John Wesley (1964), 121, as updated by Maddox).  The First book of homilies appeared in 1537.  Cranmer contributed a number of them, indeed all three of those later so treasured by Wesley.  But to others, including even (in the event) a staunch Romanist or two, he assigned the rest.  A Second was published under Queen Elizabeth I in 1571, and both were enshrined in the Thirty-Nine Articles of 1571 (1563).  The Restoration-era copy owned by Seattle Pacific antedates by seven years the Bridwell copy that some have supposed was owned by Wesley.  Published in 1676, it hails from a period by which the two Books of homilies, though still formative of the clergy, had long since begun to lose their dogmatic or at least pragmatic hold on the Church at large.  (Indeed, “It was [later none other than] John Wesley who gave the homilies, themselves almost extinct, forgotten, and misunderstood, a new lease on life” (Bond, Certain sermons, 15).)  Though we don’t know much about its subsequent history, the re-binding effected by “Hunter, Rose & Co. Toronto” between 1871 and 1895 seems an indication that it may have been owned by the Rev. Edmund John Senkler (1802-1872), an Anglican priest and natural philosopher who studied at Caius College, Cambridge, emigrated to Quebec in 1843, and died near Toronto in 1872.  Remnants of the Senkler library can be found elsewhere as well, but most especially in the Thomas Fisher Rare Book Library at the University of Toronto. 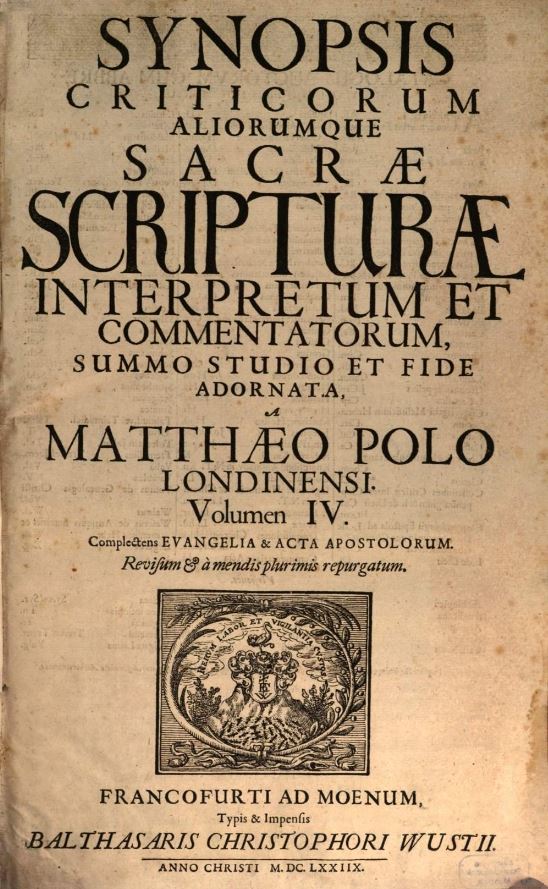 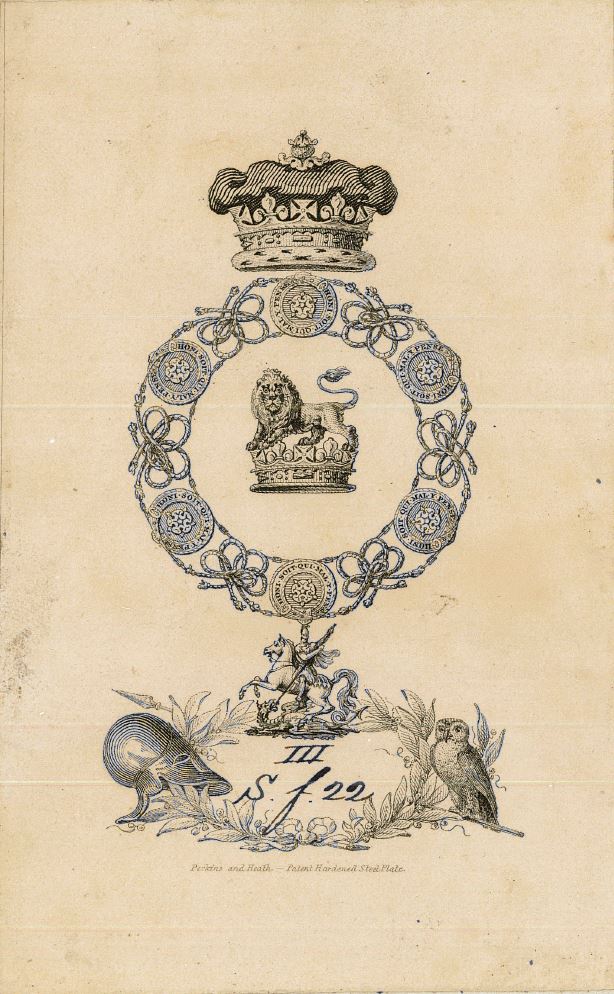 This copy of Hoadly's Measures of submission, first published while Hoadly (1676-1761) was still the Rector of St. Peter-le-Poer (i.e. long before he became, in 1734, the Bishop of Winchester), was once owned by the sixth son (ninth child) of King George III and Queen Charlotte, His Royal Highness Prince Augustus Frederick, duke of Sussex (1773-1843), and housed (along with the rest of the duke's impressive collection of ancient manuscripts, Bibles, and books on theology and other subjects, called by one writer just after his death in the early 1840s "the finest theological library in the world") in the "Bibliotheca Sussexiana" in Kensington Palace.  According to Peter Kidd, a specialist "in the cataloguing and provenance research of liturgical and illuminated books, leaves, and cuttings" who works also "on the provenance of printed books", "The Duke lived beyond his means and amassed substantial debts; after his death [in 1843] his possessions, including the library, [were auctioned off] by [the bookseller and auctioneer Messrs.] Evans" between 1 July 1844 and 11 August 1845 inclusive.  Not surprisingly, therefore, the copy owned by SPU is clearly present in lot 4239 on p. 189 of part 1 of Bibliotheca Sussexiana: the extensive and valuable library of His Royal Highness the late Duke of Sussex, K.G. &c. &c. ... which will be sold by auction by Messrs. Evans, no. 93, Pall Mall (London:  W. Nicol [for Messrs. Evans], 1844-1845).  Fifteen years later, in 1859, it was acquired, probably from Maclear & Co., Booksellers, Toronto, by the Rev. Edmund John Senkler.

The Thomas Fisher Rare Book Library, University of Toronto, has a 1733 Amsterdam Greek and Latin (only) edition of this that was once owned by Senkler. 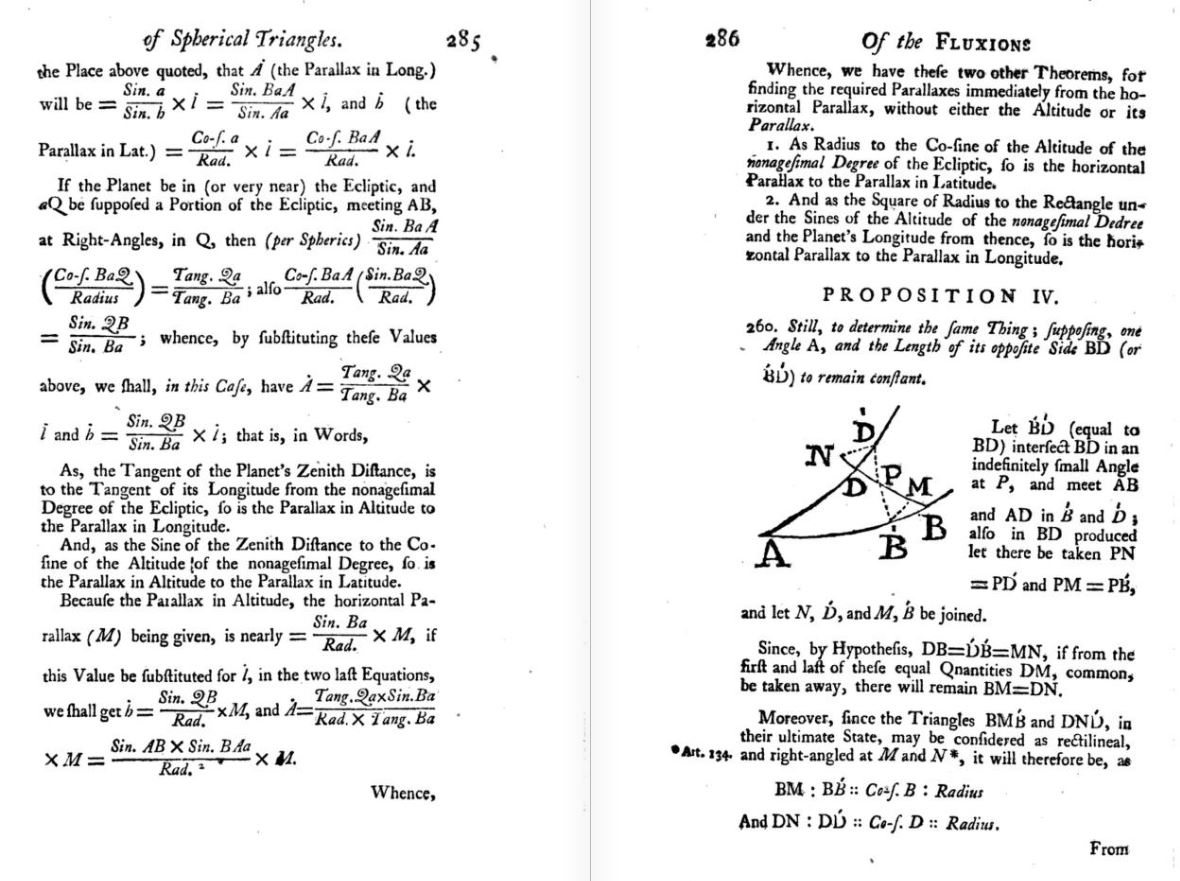 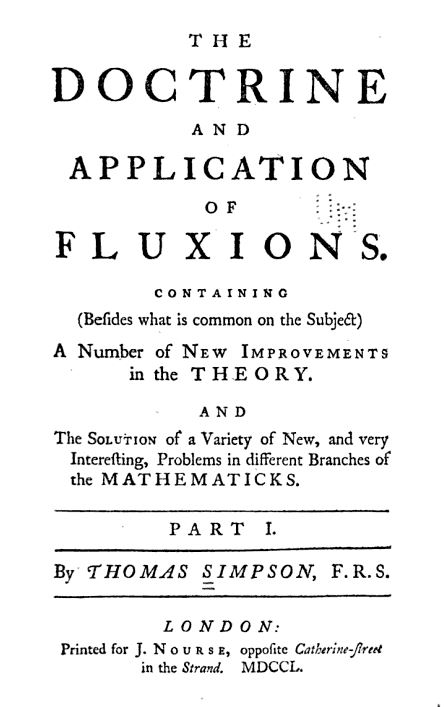 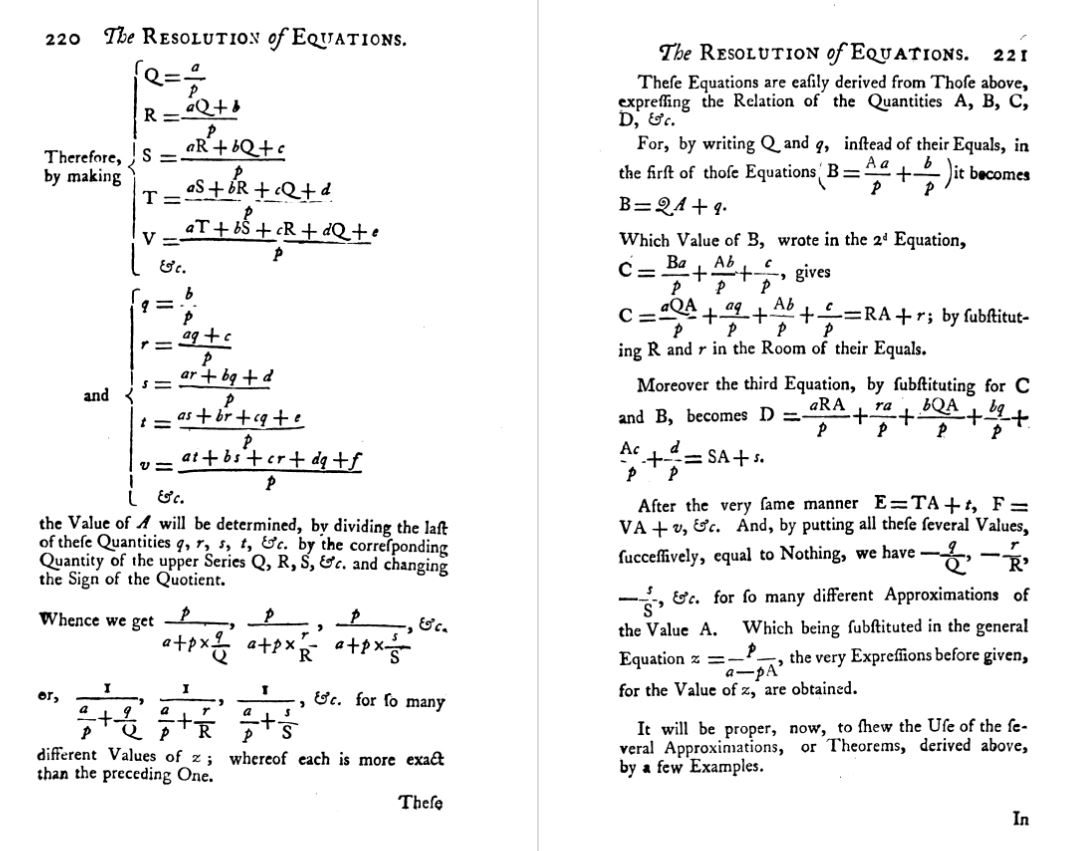 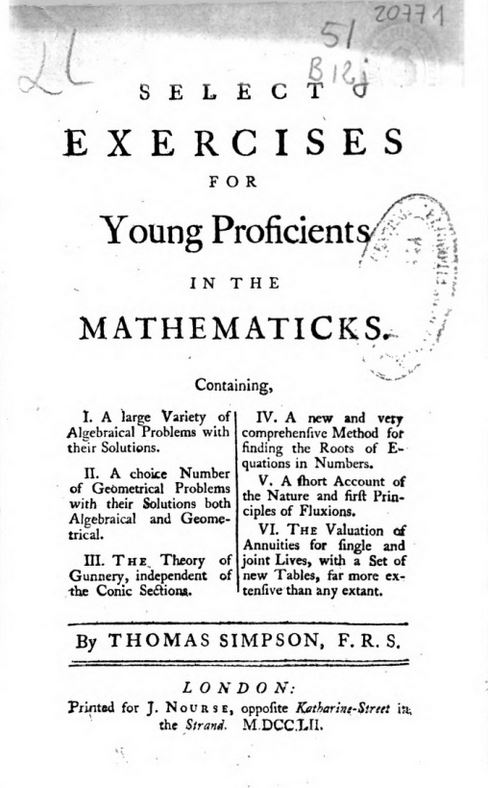 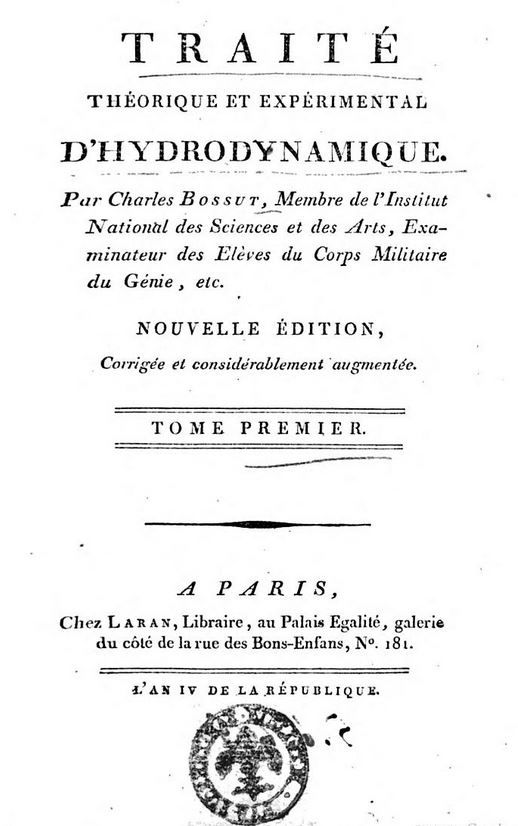 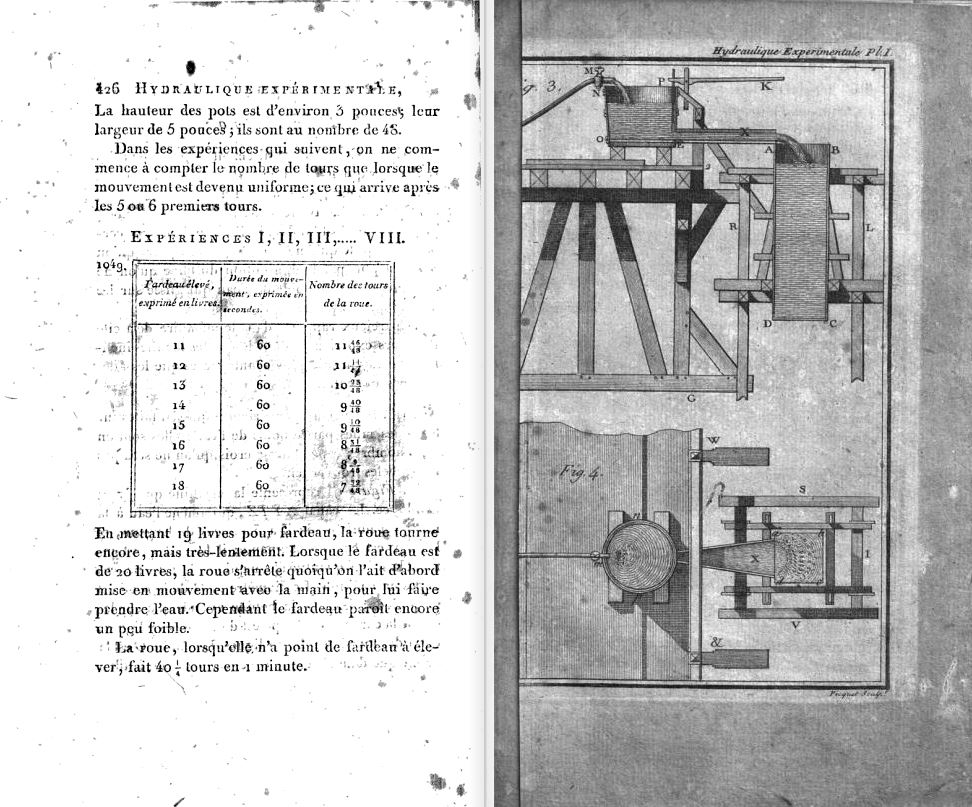 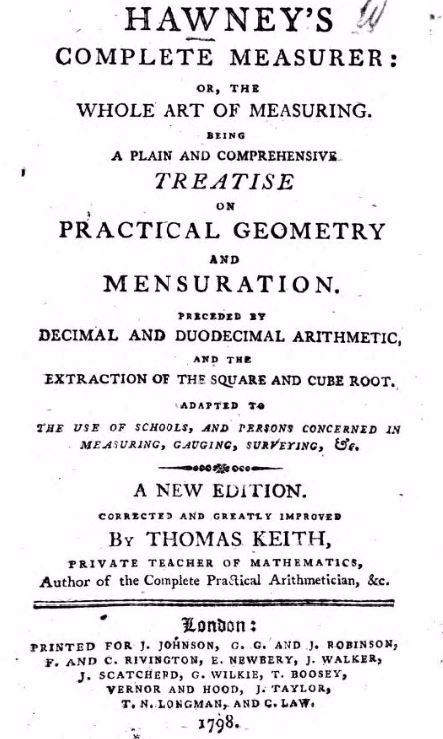 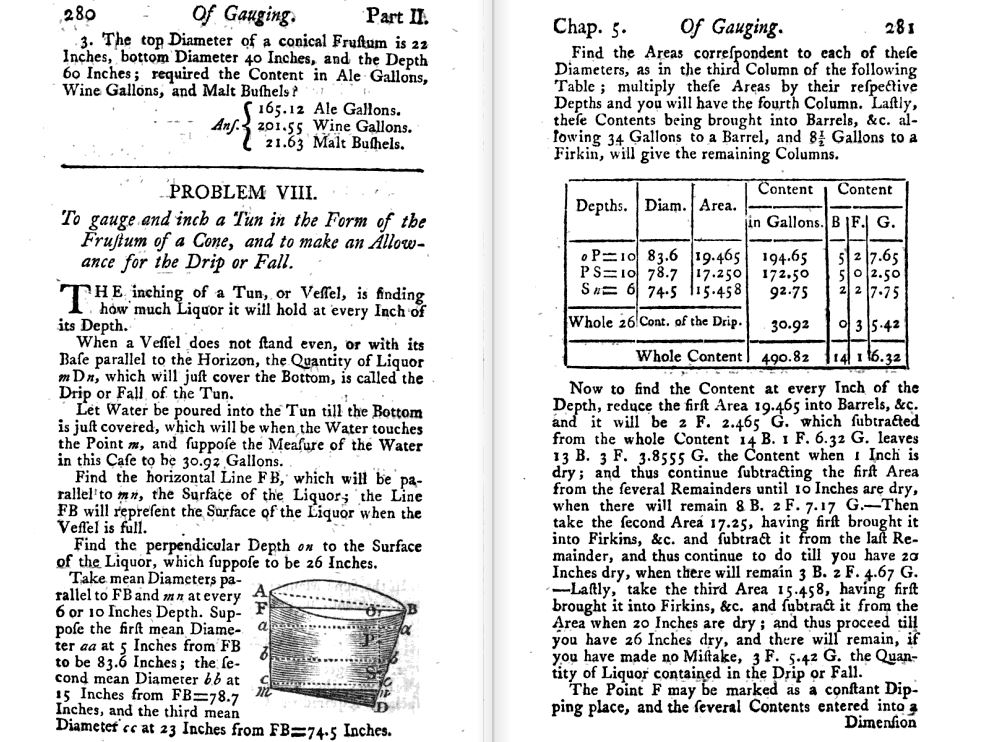 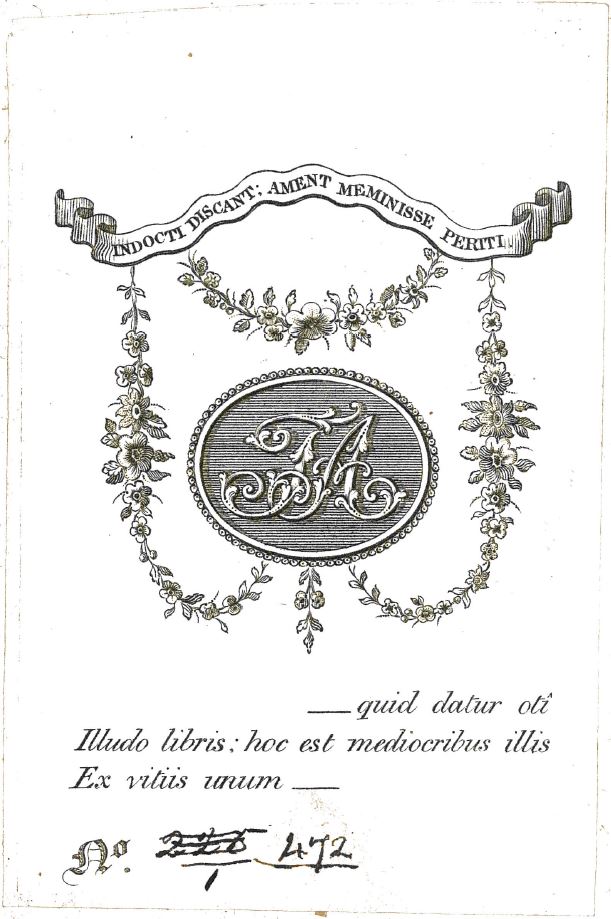 Provenance:  vols. 1-2:  Bookplate bearing the motto "INDOCTI DISCANT: AMENT MEMINISSE PERITI.", the initials TA, and "___ quid datur oti | Illudo libris:  hoc est mediocribus illis | Ex vitiis unum ___".  Thanks to Stephen Ferguson, Curator of Rare Books at the Princeton University Library, who cites vol. 1, entry no. 1039 of Franks bequest:  catalogue of British and American book plates bequested to the Trustees of the British Museum by Sir Augustus Wollaston Franks (London, 1903) and possesses scans of some of the original albums on which the Catalogue was based, this has been identified as that of a Thomas Ayscough (who would not have died before 1800, this date of publication).  Vol. 2:  "Edm. John Senkler | Caius Coll. | Camb."

27. 1825: Burder, George. Village sermons; or, short and plain discourses, for the use of families, schools, and religious societies. Vol. 5. New ed. London: Printed for the author, by Francis Westley, 1825 [].

28. 1826: Dwight, Theodore. The northern traveller: containing the routes to Niagra, Quebec, and the Springs, with the tour of New-England, and the route to the coal mines of Pennsylvania. . . . New York: Goodrich & Harper, 1826. 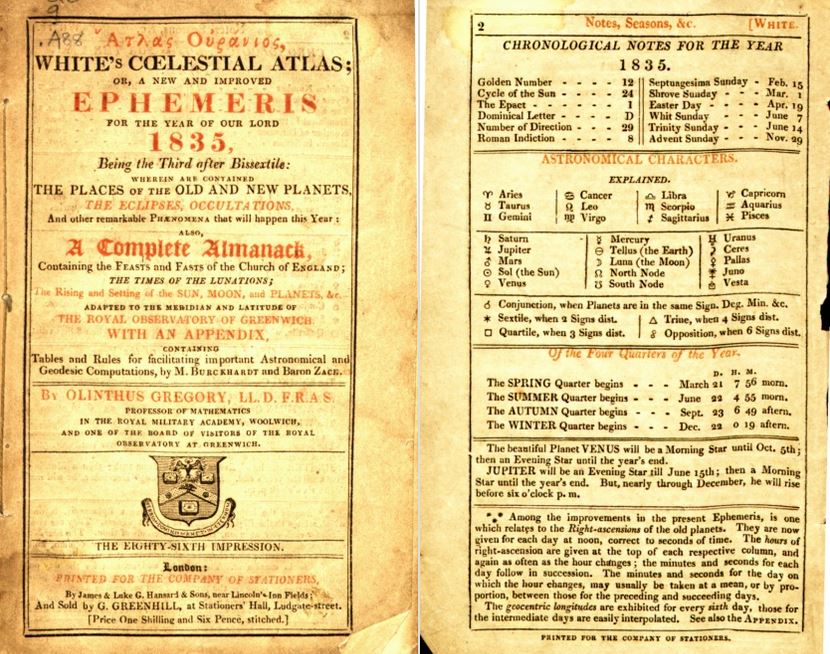 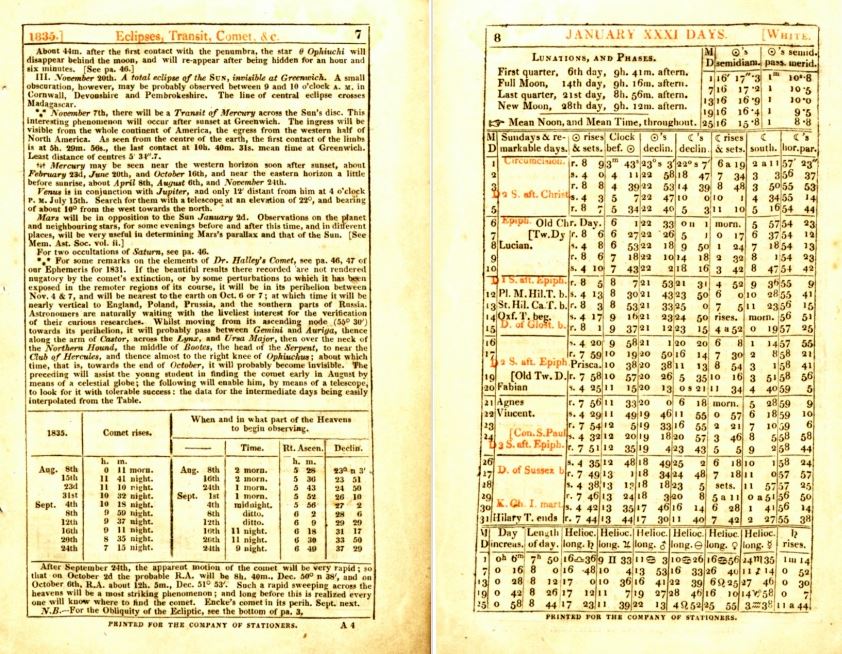 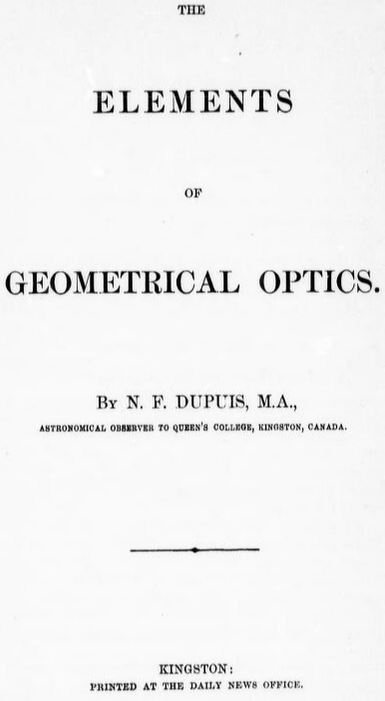 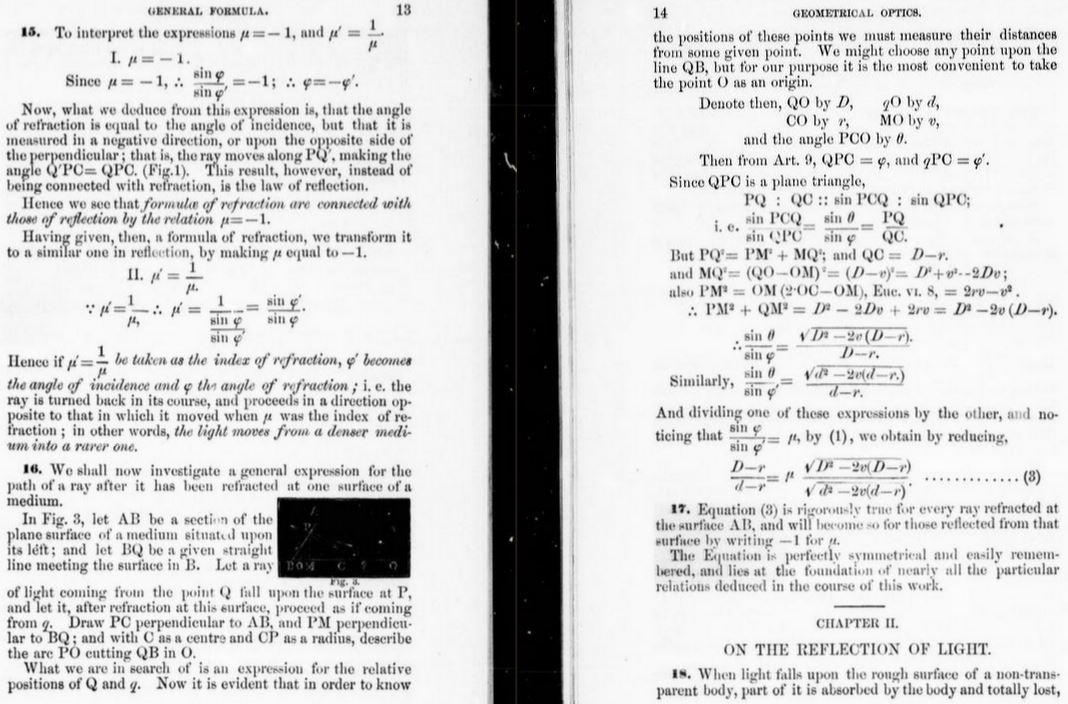